For two hours, we interviewed Jack Chen, assistant vice president of marketing and sales（行銷業務處行銷業務協理 陳國勇）. We talked for two hours about the history of the company's development, the current situation, and the possibility of doing business with Japan in the future.

Mr. Jack is a veteran of the company, having joined in 1999. In Taiwan, there is less of a sense of lifetime employment than in Japan, and many people change jobs, but I had the impression that RiTdisplay had many experienced employees, including Jack.

With Mr. Jack Chen in the lobby of the head office building Previous products are also on display.

The interview took place in a conference room on the first floor of the Hsinchu headquarters. Although the new coronavirus infection is currently stable in Taiwan (almost no one has been infected in the country), each seat in the conference room was equipped with a panel to prevent droplet infection, which showed the high level of awareness of infection prevention. In Taiwan, the alert level was raised from May to August 2021, all school classes were online, and many companies chose to work from home. At that time, RiTdisplay did not telecommute, meaning that each department moved to a conference room and work was done in a small environment.

As for the production line, I was surprised to learn that it was not affected at all, as most of it was fully automated.

Not only RiTdisplay, but also Taiwan was probably the most stable production area in the world during this period of turmoil.

From Google Maps, driving south on the highway that runs through Taiwan.
You can see the large headquarters building on the left side of the Hukou interchange just after entering Hsinchu City.

RiTdisplay was established in 2000, and its parent company is RiTEC（錸德集団）, which was established in 1988 and was the first optical disc factory in Taiwan. The company's main product is OLED, which stands for Organic Light Emitting Diode, an LED that uses organic materials as the light-emitting material.

The headquarters building also serves as a factory, with fully automated production equipment on the upper floors.

The company has a production base at its headquarters in Taiwan and two factories in China. There are about 250 employees in Taiwan and 280 in China, with about half in Taiwan and 95% in China. Although China accounted for a larger percentage of the production, due to power restrictions and other uncertainties, Taiwan is tending to increase its weight as an insurance policy. In addition, all products that require the latest manufacturing technology are manufactured in Taiwan.

OLEDs produced by RiTdisplay are used in many products. Just from the following pictures, you can see the variety of products. In addition, there are many other products that cannot be made public due to licensing restrictions. 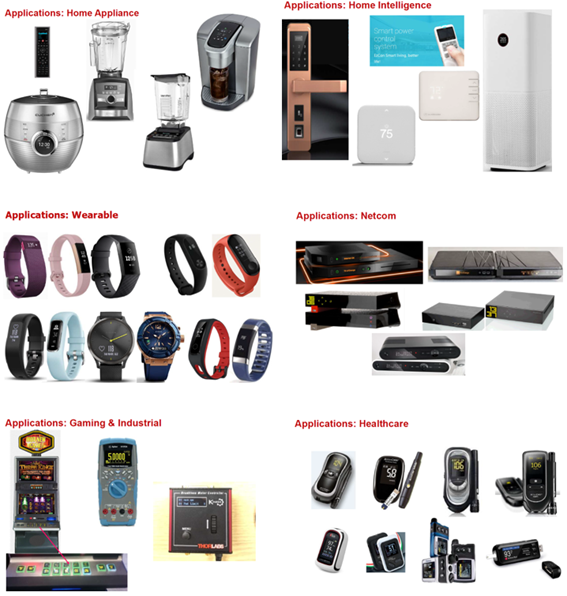 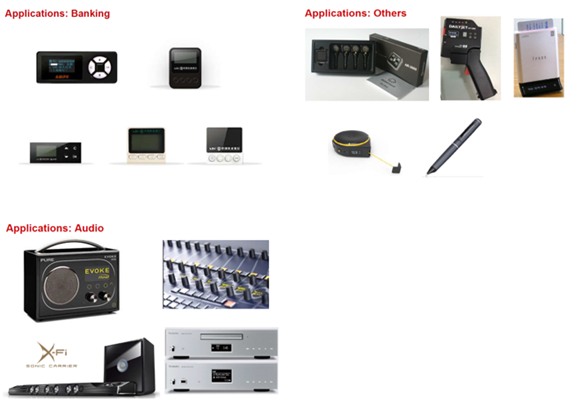 RiTdisplay's OLEDs are used in many of these products, including home appliances, remote controls (for home appliances and cars), mixers, smart watches, gaming devices, and health devices. Smart keys, electronic cigarettes, rice cookers, humidifiers, and many other products have LCD screens.

Has been living in Taiwan since 2017, raising three children and selling handmade foods. Hobbies include handicrafts, soap making, researching Taiwanese cuisine, and traveling.