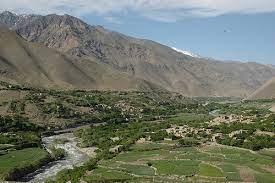 Two weeks have passed since the Afghan Islamist organization Taliban took control of the capital Kabul. After taking control of the capital, the Taliban has met with Karzai and other influential people in the old administration to appeal for the establishment of a new administration in which many powers will participate. (Photo is the Panjshir Valley in Afghanistan. It quoted from Yahoo’s image)

A spokesman for the Taliban has announced that the whereabouts of women's rights of concern are guaranteed "within the framework of Islamic law." Concerns have spread over future trends in Afghanistan, with Taliban executives saying that their controlled "Afghanistan-Islamic Emirate" will not become a democracy and reports that women's rights are beginning to be restricted in various parts of the country.

Around Kabul Airport, where the United States is evacuating officials, an explosion that killed American soldiers and the Taliban occurred on August 26, and a statement of crime was issued under the name of "Islamic State". Is far from the situation.

As the darkness of the Taliban dominates Afghanistan, a ray of light and resistance is drawing attention. The remnants of the former government and police have gathered in the Panjshir Valley, about 100 kilometers north of Kabul, to form a resistance force to the Taliban. Panjshir is a valley surrounded by steep mountains, which can be called a natural fortress, and its entrance is narrow and large troops cannot be deployed, so it is easy to repel invading enemies.

On August 20, it was reported that resistance forces had retaken the three northern regions from the Taliban. Ahmad Shah Massoud, the son of Ahmad Massoud, who was called the "Panjshir Lion" during the former Taliban administration and commanded the resistance to the Taliban, was greeted as the flag.

Masoud said he was only aiming to negotiate with the Taliban and warned that if it was not accepted, it would be a "civil war." The Taliban have announced that they have sent hundreds of troops to control the obstacles in the eyes and nose from Kabul, the Panjshir, which is just the hump above the eyes. They claimed to have entered Panjshir, but the resistance denied it.

Meanwhile, the resistance forces, like the former Northern Alliance, are barely able to stop the Taliban's invasion. The weakness is political rather than military. The Taliban struck a "rural siege of the city" strategy in an armed struggle for reinstatement. Under the Northern Alliance administration, which was backed by the United States, the tribes and peasants who were dissatisfied with the rule of the former warlords who had returned to the position of ruler gathered the support of the farmers and seized the rural areas, gradually putting pressure on the city.

If the victory of Masoud and others is seen as the return of a corrupt Northern Alliance government such as the Karzai administration, the Taliban's solid ground cannot be broken.

On the other hand, if the Taliban rule of Pashtun-centeredness is revived and the persecution of ethnic minorities such as Tajiks, Uzbeks, and Hazaragis becomes severe, it can be expected that they will uprising against the resistance forces. Masoud is required to send a political message rather than a martial art like his father.

The Taliban are expected to pursue a siege with cotton, rather than launching a military operation in a valley that is difficult to capture. The resistance forces told Russian media that the Taliban are trying to worsen the humanitarian situation by cutting off power transmission.

Unless the movement of solidarity with the resistance army spreads in various places, it will be difficult to continue resistance with Panjshir. In the future, the government, which the Taliban says is about to be established, will divide the fate of the resistance forces, whether it will include other powers and ethnic minorities, or whether the tyranny will be carried out as feared.

Ethnic writer living in Tokyo. Since he encountered the Kurdish problem while attending college, he has continued to cover and analyze political movements of ethnic minorities, mainly Kurds. He was taught Kurdish (Kurdish) by Kurds and is probably the only Japanese who can use Kurdish. He has completed the translation of a Japanese novel into Kurdish (unpublished). Currently focusing on learning Arabic. He has also learned Persian and Turkish. He is training to become a multilingual journalist.