Forefront of Hydrogen Energy in Europe and US-Development, Alliance, Supply, and Subsidies Accelerate 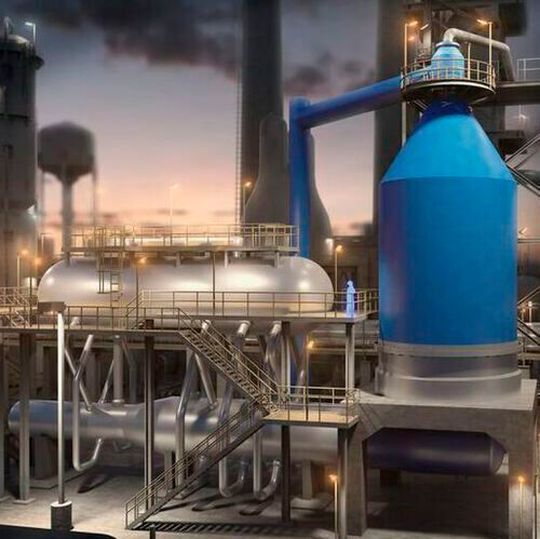 The development, alliances and supply of hydrogen energy in Europe and the United States are accelerating. In addition to companies, there are also conspicuous cases of government subsidies. I have followed the movement of the hydrogen energy business in Europe and the United States from recent overseas reports. (Photo quoted from Haldor Topsoe’s news release)

In the United States, energy infrastructure company Bakken Energy plans to convert its synthetic fuel facility to a blue hydrogen plant. The company recently announced that it has agreed to acquire the Dakota Gasification Company from Basin Electric Power Cooperative.

On the other hand, it has become clear that oil majors Chevron and Cummins will form a strategic alliance on hydrogen. Chevron U.S.A announced at the end of July that the Chevron Products Company division and US engine maker Cummins have partnered on a strategy to explore and develop business opportunities that could be commercialized with hydrogen and other alternative energy sources. Initially, it will cooperate for four main purposes: public policy to promote hydrogen, market construction, infrastructure development, and application of Cummins electrolytic cells and fuel cell technology to Chevron refineries.

Air Products will adopt Haldor Topsoe's reforming process SynCOR (pictured) for a hydrogen plant in Edmonton, Alberta, Canada. The raw material is natural gas, and they plan to collect 95% of carbon dioxide (CO2) and store it underground. Air Products will supply hydrogen to refineries and petrochemical plants through the Air Products Heartland Hydrogen Pipeline.

In Germany, Linde announced at the end of August that it had agreed to supply German semiconductor maker Infineon Technologies with green hydrogen and other products under a long-term contract. Linde has built, owns and operates a water electrolysis hydrogen production facility (2 MW) using ITM process technology at Infineon's manufacturing facility in Villach, Austria.

In addition, RWE, a German electric power company, announced that it has formed a partnership with Ukraine's state-owned NJSC Naftogaz for green hydrogen development in Ukraine. Naftogaz and RWE's subsidiary RWE Supply & Trading have agreed to partner with the entire green hydrogen burchain in Ukraine. It plans to manufacture green hydrogen and ammonia in Ukraine and export them to Germany.

According to a news release, the British government aims to reduce the cost difference between fossil fuels and low-carbon hydrogen. The investment effect of 4 billion GBP and the job creation effect of 9,000 people are also expected. It also revealed the government's financial support of 105 million GBP for industries that are required to significantly reduce air pollution emissions.

Meanwhile, in Germany, it is reported that the port transportation logistics company Hamburger Hafen und Logistik AG (HHLA) has received a grant in the green hydrogen transportation test.

Aiming for carbon neutrality by 2040, the German Federal Ministry of Education and Research ( BMBF) will receive an additional 2.3 million EUR for the Green Hydrogen Transport Technology Test.

BMBF plans to subsidize three projects (large-scale water electrolysis / offshore production of hydrogen, etc./transportation of hydrogen) to transition to a hydrogen society in four years as part of the implementation of the national hydrogen strategy.