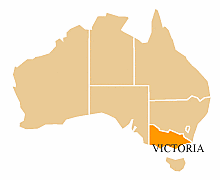 The Andrews Labor Government in Australia has announced six new major energy projects across regional Victoria, that will prepare our grid for the unprecedented load of renewable energy in the pipeline. (Map quoted from Yahoo’s image)

Minister for Energy, Environment and Climate Change Lily D’Ambrosio said the Stage One projects of the $540 million Renewable Energy Zones (REZs) will make it easier for new projects to be connected to Victoria’s grid — signalling to developers Victoria is ready for new solar and wind projects.

Currently Victoria has its strongest energy infrastructure in the Latrobe Valley, where coal fire power has historically been concentrated.

However, Victoria has significant natural resources – wind and sunshine – found along the windy Southwest coast, and Western Victoria, as well as the sunny North-west. These transmission and energy upgrades will improve and modernise the energy grid in these areas, so more renewables can flow through Victoria.

These six projects include three pieces of infrastructure that will work like ‘shock absorbers’ to smooth out higher and lower rates of energy flowing through the lines, making it easier for renewable energy to enter the grid.

There are also three projects that will upgrade the transmission network, to increase the capacity of existing lines, so they can carry higher energy loads, pumping more renewables across Victoria.

The Labor Government has commissioned the Australian Energy Market Operator (AEMO) to seek tenders for the six projects, which will modernise Victoria’s electricity grid and unlock new renewable energy investment.

The Government will continue to assess a further two network investment projects - the Mortlake Turn-in, and the Western Victorian Transmission Network Uprate which is also subject to an Environment Effects Statement process currently underway.

VicGrid, a new body which has been established as a Division within the Department of Environment, Land, Water and Planning, will oversee investment decisions related to the $540 million REZ Fund. VicGrid will continue to evolve, following further stakeholder consultation, to coordinate the future development of Victoria’s REZs.

The development of Victoria’s REZs will unlock more than 200 megawatts of new clean energy, while also creating jobs in regional Victoria, boosting energy reliability and affordability, and strengthening our network for the future.