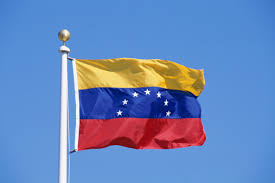 In Venezuela, where political instability continues, energy giants and financial institutions that have entered the country have begun to conspicuously reorganize the assets by selling their businesses. If this trend continues, it will damage the economic management of Maduro's dictatorship. (Photo quoted from Yahoo image)

The Petrocedeño project aims to upgrade extra-heavy crude oil into lighter crude from the Orinoco Belt area (onshore Venezuela). As a result of this transaction, Equinor will no longer hold interest in Petrocedeño.

The transaction supports Equinor’s corporate strategy to focus its portfolio on international core areas and prioritised geographies where Equinor can leverage its competitive advantages.TotalEnergies has also decided to transfer its interest in Petrocedeño to PDVSA, making the latter its sole owner.

Russia, which had a close relationship with Venezuela's Maduro administration, is no exception. Rosneft, a state-owned oil giant, announced at the end of March last year that it would sell all its interests in Venezuela to a 100% owned company by the Russian government and end its oil sales and other businesses.

According to Rosneft, the interests to sell include Petromonagas, Petropelliha and Boqueron, joint venture oil and gas developers with PDVSA. Rosneft has announced that it will increase its equity ratio by 9.6% through the sale of shares. Regarding the reason for the release of shares, Rosneft has raised shareholder protection as a listed company.

At the time, market participants said that shareholder protection was nominal and was influenced by some of the US sanctions on Venezuela. About a month before Rosneft officially announced the sale of shares, the United States imposed sanctions on Rosneft's subsidiaries Rosneft Trading and TNK Trading International. The US side explained that these two companies were involved in the sale of Venezuelan oil.

Energy companies are not the only ones to withdraw from business in Venezuela. In mid-July, Citigroup agreed to sell its business unit in Venezuela to Banco Nacional de Crédito (BNC) in Venezuela, with regulatory approval, and will soon complete the procedure.

Citi entered the Venezuelan market in 1917 and has been developing financial services for individuals and corporations. Withdrawing from the business with this decision will put an end to over 100 years of business in Venezuela.

In Venezuela, President Maduro's second term was launched in 2019, but Western countries have not recognized legitimacy and have imposed economic sanctions to limit crude oil exports and financial transactions.

Under these circumstances, the United States, the EU and Canada issued a joint statement on June 25 in support of a comprehensive dialogue between the ruling and opposition parties of Venezuela, and indicated that they would review sanctions against Venezuela depending on the progress of the dialogue.

The United States, the EU, and Canada have stated that the conditions for easing sanctions include conducting free and fair elections under international standards in the national governor and mayoral elections scheduled for November 21.

On the other hand, China, which supports Maduro's administration together with Russia, may further spur its aggressive expansion into Venezuela through a gap. China's departure seems to be the main focus rather than the information about the withdrawal of Western companies from Venezuela, but that seems to be the case.

At the end of May this year, the Chinese government announced that he would impose a $ 30 tariff on imports of heavy oil, including Venezuelan melee crude (ultra-heavy oil), on June 12.

Venezuela will be hit hard by China's imposition of tariffs. Venezuela is currently said to be dominated by China as an export destination for all oil. Losing China's backing could put the Maduro administration in even more trouble.