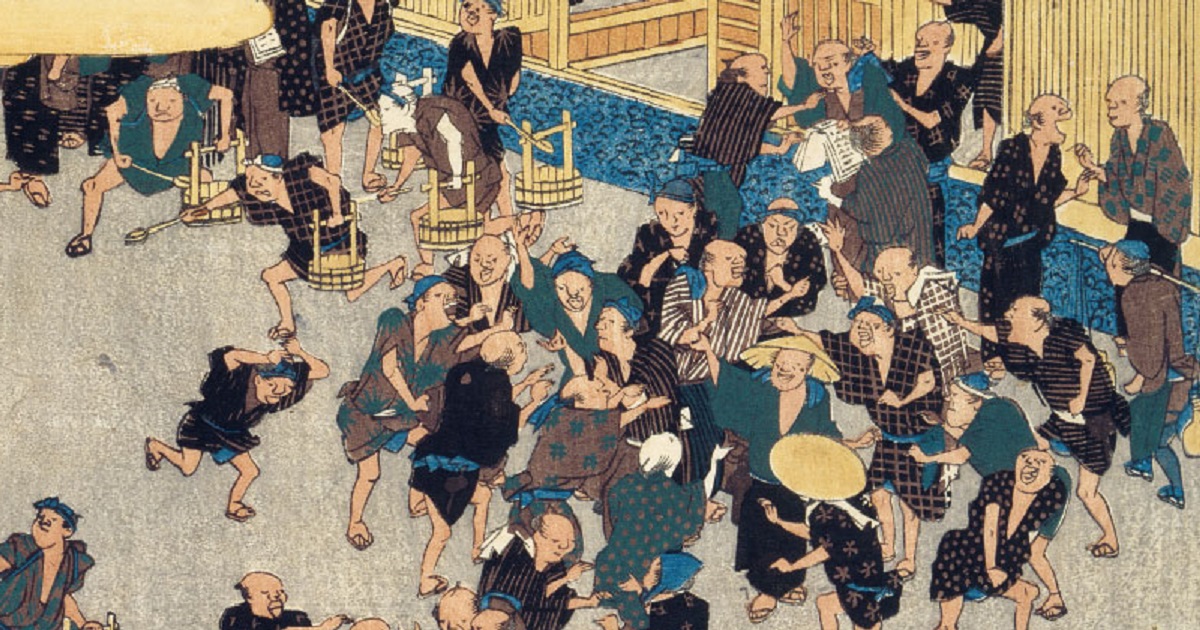 The Osaka Dojima Commodity Exchange (“Dojima Exchange”), which had applied to the Ministry of Agriculture, Forestry and Fisheries (MAFF), for the transition of rice futures trading to the main listing, seems to have recently begun to make adjustments to abandon the listing. According to a report in the Yomiuri Shimbun (July 29), the MAFF has determined that it does not meet the approval criteria because the number of trading participants has not increased. If not approved, the only (trial) listed rice transaction in the country is in danger of disappearing. (Photo quoted from Yahoo image)

Dojima Exchange announced on July 16 that it has applied to the Ministry of Agriculture, Forestry and Fisheries for the transition of rice futures trading to the listing. The deadline for listing the test is approaching August 7, this year, and the MAFF said that it would take about a month to examine the application contents. Dojima Exchange emphasizes that it will increase the transaction volume by shifting to the listing and aim to form an index of rice prices.

The trial listing system in the Japanese commodity futures market is a mechanism for verifying changes in trading conditions, etc. after a limited period. Dojima Exchange's rice trading started its trial listing in 2011. Since then, it has been repeatedly listed on the exchange with a deadline of two years due to reasons such as the volume itself and the fact that the number of market participants does not increase. Currently, it is the 5th test listing.

The trading volume at Dojima Exchange reached a record high with monthly trading volume exceeding 132,300 in June, and the momentum for the listing is rising, but more than that, participation in the market called a person skilled in the art. The problem is that the number of people does not increase.

The fact that the Central Union of Agricultural Co-operatives in Japan (JA Zenchu) has shown an opposition to the creation of the futures market from beginning to end has a great impact on whether or not it can be listed. The existence of JAs, which have overwhelming control over domestic rice distribution, cannot be ignored.

Regarding the outlook for the full listing of rice futures, one domestic commodity trader said, "Unless JA participates in the market, it can be said that there will be no full listing on Dojima Exchange. There is no way to let go of the fruits. They will continue to refuse if speculators in the futures market do not lead to price leveling in transactions that ignore rice supply and demand. "

In the Edo period, rice futures trading was based on Osaka Dojima, and was known as rice based on keeping accounts (Choai-mai) trading. It is said that futures trading began in 1865 in Chicago, the United States, which is called the futures kingdom. The Choai-mai transaction in Dojima was carried out more than 130 years ago, dating back to Chicago. The particular note is the fact that a trading system similar to the current futures trading system was introduced in Dojima. The Chicago Board of Trade (CBOT) building has a relief explaining Dojima's rice trading and is respected as the birthplace of futures.

In Japan, no rice futures trading has been permitted under the controlled economy during World War II or under the postwar food control law. It was in 2004 that there was a move toward listing rice. The enforcement of the revised Food Law in the same year laid the groundwork for allowing futures trading.

In December 2005, the Tokyo Grain Exchange (TGE) applied for listing on rice futures trading. Following this, the Kansai Commodity Exchange (KEX), the predecessor of Dojima Exchange, also applied for a rice listing in March 2006, but it was not approved as premature at that time.

After that, the momentum toward the establishment of the rice futures market seemed to have slowed down, but it was necessary to build a new price index due to the dissolution of the Rice Price Center in Japan, etc., and the futures market suddenly became attracting attention.

With these movements as a tailwind, as mentioned above, TGE and KEX applied for a new trial listing to the Ministry of Agriculture, Forestry and Fisheries on March 8, 2011, and both were approved for trial listing and transactions started. It was the moment when rice futures trading revived in the Japanese market for the first time in 72 years.

In February 2013, Dojima Exchange took over rice futures trading (Tokyo rice) from TGE, and the corporate name was changed to "Osaka Dojima Commodity Exchange (ODE)". In April of this year, the membership organization was converted to a joint-stock company. Two months later, it was announced that the company name would be changed to "Dojima Exchange."

Derivative financial instruments not only agricultural products but also to clarify the policy aimed at comprehensive exchange dealing, mean that trying to find a way out, but had been the prospect of change in July, has not yet been realized as of now. However, the series of steps seems to be a move assuming that rice listing is not approved.

In fact, when Dojima Exchange was converted to a corporation, it received an investment of 2 billion yen from eight companies including SBI Holdings and Japannext Co., Ltd., and Ikkou Nakatsuka, who was the Minister of Finance under the Democratic Party of Japan, took office as the first president at Dojima Exchange.

It seems that the transition to a derivative exchange is steadily progressing.