Will the UK Government Keep Chinese Companies Out of Power Projects, Including Nuclear Power? 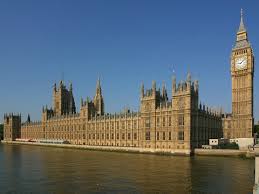 The British government condemns the infringement of Hong Kong and the human rights issues of the Chinese government in the Xinjiang Uygur Autonomous Region. The effects of intensifying conflict have begun to extend to the energy business.

The Bradwell Power Station in Essex, southeastern England, is considering eliminating the China General Nuclear Power Group (CGN), the newspaper reports. This nuclear power plant is a new type of nuclear reactor "Hualong One" (maximum output is 1 million kW) independently developed by China, and if realized, it will be the first case in which the UK will introduce China's nuclear technology among developed countries.

First of all, it will be necessary to go back to the time of the Cameron and May administrations regarding the nuclear power business between Britain and China.

"This is my way". Immediately after she took office as the new prime minister, Theresa May announced in August 2016 that she intends to bring back the nuclear business deal agreed between Britain and China. When Cameron's previous administration, for in the UK relationship, to Chinese president Xi Jinping has only had a "golden age", May’s remarks  surprised surroundings.

On July 28, 2016, the May administration received final approval for the new construction of the Hinkley Point (HP) nuclear power plant in the southwestern part of the UK planned by the French Electric Power Company (EDF) in the energy field. Will be postponed until. Chinese companies have taken a stake in this project, and there have been strong concerns at the center of the administration that China will be involved in the country's core industries from the beginning.

British media such as "Times" all reported that "the current administration is too early to judge whether the promotion of the HP project is in the national interest." Just hours before the British government announced that the government would postpone it, EDF officially announced that it had made a final decision to invest in HP's nuclear power plant. It was like a bolt from the blue for EDF.

During the Cameron administration, at the UK-China summit meeting in October 2015, the two countries agreed on a large-scale investment and economic project totaling £ 40 billion (about 7.4 trillion yen at the rate at that time). Energy professionals and investors all over the world were amazed at the national-scale "buying". Rather than the amount of investment, it was a concern about the content of the negotiations, especially the nuclear power business with China.

Not only this, but it has also been decided that CGN will take a 20% stake in two pressurized water reactors (EPRs) that EDF plans to build in Sizewell, eastern England. In addition, CGN has agreed to invest two-thirds of the total nuclear power plant to be built in Bradwell, Essex. The content was that the UK nuclear power plant business became extremely dependent on China.

At that time, China also succeeded in incorporating France in the field of nuclear cooperation. In addition to forming a tie-up with EDF for a nuclear power plant project in the UK, it also actively digs into the management of the French nuclear power giant Areva, which was in financial difficulty, and concluded a capital relationship with China National Nuclear Corporation (CNNC) on November 2, 2015.

It was also a fact that the British people were opposed to the content of the negotiations, which was also regarded as "one-sided from China." In particular, many people expressed concern about the nuclear power plant project. Many have questioned how credible safety measures and accident response are against China's technological capabilities, and it has been pointed out that nuclear power plants are more likely to be targeted by terrorists.

Furthermore, when the relationship between Britain and China deteriorated, China's remote control of the operation of the British nuclear power plant raised the issue of geopolitical crisis management in terms of national security. As a result, these voices did not seem to reach the business-first Prime Minister Cameron at the time.

The May administration postponed the final approval of the HP nuclear power plant project, but did not revoke the approval itself. It was unclear whether the postponement of approval was rooted in Britain's departure from dependence on China, so it was decided to wait.

Britain was in the midst of dividing the country over the issue of withdrawal from the European Union (EU). Brexit's turmoil may have favored China, which is trying to dominate the nuclear business in Britain with overwhelming financial power.

Prime Minister May, who was unpopular with the response to Brexit, resigned in July 2019. The current administration of Johnson took over. Prime Minister Johnson, known for his hardliners against China, does not seem to take a step back at this point.

The UK is already pushing ahead with the elimination of Chinese companies outside the energy sector. It has also decided to eliminate Huawei, a major Chinese telecommunications equipment company.

The UK, which emphasizes security, is nervous about the approach of Chinese companies to key domestic industries such as technology and infrastructure. Britain will continue to keep pace with the United States, which has a strong stance toward China.