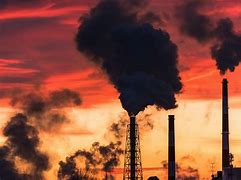 At the G20 Climate and Energy Ministers' Meeting (chaired by Italy's Roberto Chingorani Ecology Transition Minister) held in Naples, Italy, on July 23,  discussed whether coal-fired power generation was reduced or abolished, and to limit the temperature rise from before the  industrial revolution to within 1.5 degrees Celsius. Although no agreement was reached and it was carried over to the G20 summit scheduled to be held in October. (Photo taken from Yahoo image)

According to overseas media reports such as Reuters, emerging countries such as China, India and Russia, which emit a large amount of greenhouse gases, were reluctant to reach an agreement at the meeting.

On the other hand, the seven major countries (G7) such as Japan, the United States and the United Kingdom held a G7 summit in the United Kingdom in June this year, and by 2050, in addition to virtually zero greenhouse gas (GHG) emissions, the temperature rise will be within 1.5 degrees Celsius. It has been agreed to curb it and suspend new support for coal-fired exports by the end of the year.

At this meeting, the G7 sought understanding from emerging countries and others in an attempt to share their awareness, but it is said that they generally showed a cautious stance.

By the way, for the first time at the G20, a joint ministerial meeting on climate change and energy was held. According to a news release released by the Ministry of the Environment on July 24, Environment Minister Shinjiro Koizumi and others from Japan attended. Climate change and energy are, in a sense, a combination of conflicting policies. There are many situations where it is difficult to gather opinions.

Even more, the G20 will have to be even more complicated. It is undeniable that there will be differences in the efforts of developed and emerging countries, and although they agree on the common understanding of decarbonization, they should agree with the general opinion and disagree with each other.

However, it can be said that it was meaningful that the parties to the conflicting policies of environment and energy gathered and discussed.

It requires a sense of speed towards an agreement, which requires political leadership. In addition to the G20 Summit, the key is whether the international community can come close to each other at the 26th Conference of the Parties to the United Nations Framework Convention on Climate Change (COP26) scheduled to be held in Glasgow, the UK at the end of October this year.

Climate change is a global issue. Although remote participation is possible, many countries do not have many opportunities to meet together. Only waste of time should be avoided.