FAO－Science, Technology and Innovation are Crucial to Efforts Aimed at Transforming Agri-Food Systems 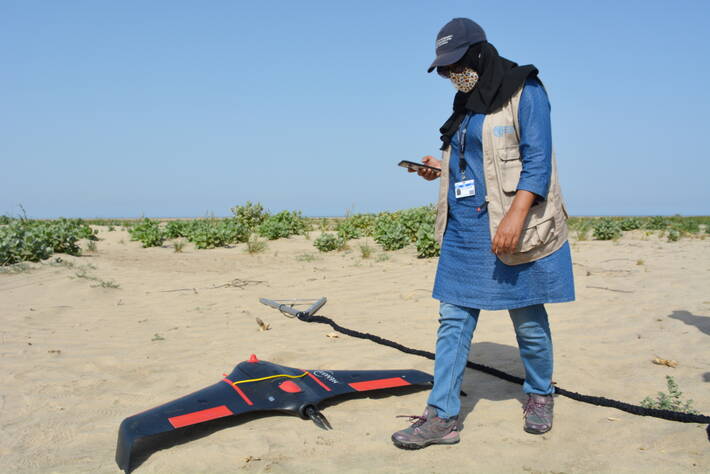 "Harnessing science, technology and innovation is key for transforming our agri-food systems. Today's challenges remind us more than ever that to achieve the ambitious transformative changes required, we need to change policies, mindsets, behaviors and business models," said the Chief Scientist.

Elouafi was speaking at the Multi-Stakeholder Science, Technology and Innovation Forum convened annually by the President of ECOSOC, Mona Juul. The Forum plays an important role in the review and implementation of efforts to achieve the Sustainable Development Goals (SDGs).

In her presentation, the FAO Chief Scientist also stressed that the global challenges called for a holistic view of science, technology and innovation, which includes embracing international cooperation and solidarity. In particular, an holistic approach would ensure the most impact in making significant inroads to eradicate poverty (SDG 1) and ending hunger and all forms of malnutrition (SDG 2).

Organised by the Scientific Group and facilitated and hosted by FAO, the Science Days aim to ensure the robustness, breadth and independence of the science that underpins the Summit. They will see the participation in virtual meetings of leading scientists, researchers, academics, and representatives of government, business and civil society to discuss pressing issues such as bridging the technology divide, tackling increasing inequalities while accelerating the race to achieve carbon neutrality. The premise for the discussions will be that these issues can be solved when powered by science, technology and innovation and accelerated through collaboration, innovative partnerships, trust and open access to knowledge sources.

The event was led by one of the co- chairs of the meeting, Andrejs Pildegovičs, Ambassador and Permanent Representative of Latvia to the United Nations. Joining the FAO Chief Scientist in a panel discussion were Nebojsa Nakicenovic, Member of the Group of Chief Scientific Advisors, European Commission; former Deputy Director General and Deputy Chief Executive Officer, International Institute for Applied System Analysis Carla Bailo, President and CEO, Center for Automotive Research, USA and Amrit Chandan, Co-Founder and CEO of Aceleron, a United Kingdom  company that creates reusable lithium batteries.

Discussions focused on the symbiotic relationship between people, work and the environment. Panellists called for a responsible use of resources, advocated for maximising efficiencies, and discussed the importance of minimizing our carbon footprint on the environment.

The special session which was moderated by Manish Bapna, President and CEO (interim), World Resources Institute was well received by Member States and other participants who enriched the event with a lively discussion on the initiative.