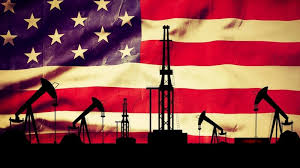 With the victory of former Democratic Vice President Biden certain in the U.S. presidential election, the current Trump administration is rushing to change energy policy before his term expires on January 20, 2021.

President Trump, who has advocated an energy dominance strategy centered on fossil fuels, has been aiming for development lease rights for oil and gas areas in the Arctic. In mid-November this year, reports emerged that the current administration would begin proceedings to sell leases for oil mines at Alaska's Arctic National Wildlife Refuge (ANWR). According to the report, the lease is expected to be just before the presidential inauguration in January next year.

The target wildlife sanctuary (total area of 7.7 million hectares) is known as a breeding ground such as polar magma, and oil drilling activities have been prohibited for decades. The bill allowing the sale of lease rights was passed by Congress in 2017 and final plans to authorize mining operations in August this year. Before the official inauguration of new President Biden, incumbent President Trump seemed to want to realize his energy policy.

By the way, there was a similar event four years ago. At the end of November 2015, former President Barack Obama attended the 21st Session of the United Nations Framework Convention on Climate Change (COP21) in Paris, where he demonstrated leadership as a major power by actively calling on participating countries to reduce carbon dioxide (CO2) emissions. As a result, the Paris Agreement, which summarizes global warming countermeasures after 20 years, entered into force on November 4, 2016.

During the 2016 U.S. Presidential campaign, Mr. Trump pledged to withdraw from the Paris Climate Agreement. It is well known that he put this into practice after taking office. If it is notified of its withdrawal from the agreement, it will be granted three years later. Because the proceedings will take time and the actual departure will be a year later, Mr. Trump will effectively not be able to leave the presidency unless he remains in office for a second term. At the time, President Obama was said to have rushed to agree on a deal during his term in order not to follow Mr. Trump's expectations.

On November 4, 2020, the day after the presidential election, the United States formally left from the Paris Agreement. Meanwhile, President-elect Biden has already announced that he will sign an executive order to return to the Paris Agreement on the first day of his inauguration, and policy is about to change at a high point in just a few months.

During the campaign, Mr. Biden announced his energy strategy, the Clean Energy Investment Plan, and launched a high-level push for renewable energy policy. It is a direct denial of the Trump administration's energy policy.

The plan is to direct $2 trillion to renewable energy and infrastructure investments. At the time of the announcement, Biden stressed that the aim was to increase wind power and electric vehicle manufacturing to boost job creation.

In addition, in order to realize an electric power industry that does not emit CO2 by 2035, the Company announced that it will continue to use nuclear power, while also focusing on the recovery, reuse, and storage (CCUS) of renewable energy such as wind and solar power, hydrogen, and CO2.

Under these circumstances, the American Petroleum Institute (API) issued a statement on November 23 saying it would "Take all available measures, including litigation," to prevent President-elect Biden from banning fracking for new oil and gas drilling and shale development on U.S. public lands, saying it would adversely affect U.S. oil and natural gas development and U.S. energy security.

It is not unnatural for various policies to change with the change of government, but it is the business parties who are severed each time.

With the global trend toward decarbonization, the decision is being made whether oil and coal companies will be forced to turn away from fossil fuels to renewable energy, or whether they will take the lead in steering clean energy.