Why Soybeans, Crude Oil, and Gold Prices Can't be Bullish Even with Signs of a Stronger Super Dollar – Part1 & Part2 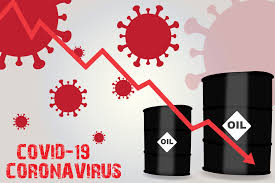 On December 4, the Dow Jones Industrial Average hit a record high of $3218.26 on a closing basis. Already, the U.S. economy is recovering, but there seems to be recognition among international financial officials that various economic indicators lack the strength to boost the economy.

There is widespread concern that a collapse in the bubble stock market could lead to a significant decline in the dollar against major currencies in the foreign exchange market. On the other hand, commodity markets such as soybeans, crude oil, and gold are likely to be supported only by the sense of cheapness due to the rapid dollar's weakness, partly due to the poor strength of each stock.

The spread of covid-19 worldwide continues. Atsushi Kawakami, an advisor to Yamasawa Planning Co., Ltd., a consulting firm, said, "Already, the U.S. economy is recovering, but the outlook is uncertain from indicators of the number of new applications, employment statistics for the number of receipts, and Conference Boards (Consumer Confidence Index)".

The U.S. jobs report for October found that employment continued to improve. Looking at the trend of unemployment insurance, it can be seen that the number of new applications and receipts continues to improve on a weekly day, even though it is still far from the state in 2019.

However, the Consumer Confidence Index (Conference Board), which represents consumer sentiment, is clear that the range of improvement from the bottom is small. Although employment has improved, it is also clear that it is not at a level that improves consumer motivation. Among them, the psychological weight is expected to be large, such as the political insetition of U.S. politics over the Presidential election and the spread of the new Corona pandemic. If consumption, which accounts for about 70% of GDP, is cautious, it would be better to consider that resilience is also limited.

Mr. Kawakami pointed out that the current U.S. stock market, which is hitting record highs as uncertainty over the future of the U.S. economy spreads, "It may be judged to be in a bubble state." "Currency will be a big problem in 2021. The dollar-yen exchange rate is expected to be 80 yen against the U.S. dollar."

Theory is that the rapid dollar decline in the foreign exchange market will provide a tailwind for commodity markets traded in dollars, but fundamentals may be less likely to be a powerful boost, even if they support grain, gold and crude oil markets.

In the Chicago Soybean Futures Market (CBOT), soybeans price have risen to a single level since this summer, but the pace of increase has slowed since then. CBOT soybean futures, or nearby month, were bought to around $12 a bushel at the end of November, but ended trading at $11.63 on December 4.

In an interest report released by the U.S. Commodity Futures Trading Commission (CFTC), speculators' soybean stocks are buying over, but preconceptions are spreading as China's willingness to buy has been decreasing. Trade statistics released by China's Customs Office show that China is reducing imports of U.S. soybeans.

In China, U.S. soybeans, which are more expensive than each other produced in Brazil, are used for feed in the pig industry. Some believed that a significant decline in the number of fever of pigs of African origin had led to a decline in imports of U.S. soybeans during the outbreak, but the political factors of the U.S.-China trade talks should be considered significant.

It is not expected that China will buy large quantities of U.S. soybeans again, as it is common to believe that Biden, a Democrat who is expected to be elected President in place of the hard-liner Trump administration against China, will also focus on domestic affairs immediately after taking office and will not start improving relations with China.

On the other hand, China may announce a switch in imports of South American soybeans from the United States as a diplomatic means of favoring U.S.-China trade talks. It is said that Brazilian soybeans, which are located in the southern hemisphere and are at the edge of their borders, will be on the market around February next year.

In addition to the deterioration in U.S.-China relations, the Chicago soybean market seems to have a lack of materials to raise in the short term, and it seems better to think that the uptrend has come to a close, as production of Brazilian soybeans is not expected to decrease.

Why Soybeans, Crude Oil, and Gold Prices Can't be Bullish Even with Signs of a Stronger Super Dollar – Part2

On December 3, OPEC Plus, formed by members of the Organization of the Petroleum Exporting Countries (OPEC) and non-members such as Russia, held an online Ministerial meeting and agreed to reduce coordinated production of crude oil from January 2021 by 500,000 barrels from 7.7 million barrels per day to equivalent to 7.2 million barrels.

Initially, there was a widespread view that OPEC Plus would maintain its current production cut from January onwards, but it was settled by a gradual contraction, in consideration of Russia and other countries that insisted on increasing production.

On developments in oil demand, the International Energy Agency (IEA) cut its 2021-year demand forecast by 100,000 barrels from October to 97.1 million barrels per day in its November monthly report. The year-on-year rate of change was only about 3 million barrels less.

On the supply side, the country's crude oil production has recovered sharply to more than 1 million barrels per day after a ceasefire was agreed in Libya, where civil war had continued. There have also been some market participants who have pointed out that the embargo will be lifted and Iranian crude oil will return to the market, as Biden, who has effectively been elected us President-elect, has shown a willingness to return to the Iran nuclear deal. If that happens, of course, the increase in supply will put pressure on the market and emerge as a factor in lowering crude oil prices.

As far as supply and demand concerns go, it must be said that WTI crude oil prices are short of materials to exceed $50 per barrel. And as the international community steers from fossil fuels to decarbonization, investors may become less good at investing in crude oil in the long run. The term "peak oil" was once a threat in the sense of resource depletion, but "peak demand" is now recognized in the oil market.

On July 31, gold futures prices broke through the $2,000 per troy ounce level for the first time, breaking record highs in the New York futures market, driven by a prolonged the U.S. low interest rate policy. Physical gold prices in the London market also moved into the $2,000 per dollar high for the first time on August 5, following futures prices. Meanwhile, the dollar index quickly moved lower at the time. Gold as an alternative asset to the base currency dollar attracted attention, hitting a daily high.

The inflow of money into gold-listed investment trusts (ETFs), which are backed by gold, also helped boost the gold market. It was said that the market had a sense of stability in investing funds from a medium to long term perspective, as pension funds and others invested in ETFs, which are repeated short-term purchases and purchases.

At the time, some market participants said they were aiming for $3,000, but then the gold market changed sharply and strengthened its adjustments, with Central Banks such as emerging economies suffering from a decline in foreign currency income due to the spread of the new corona pandemic turning to profit-taking sales. Russia is also said to have started selling slightly in August this year. Since then, money has been flowing into the stock market due to information such as the development of a corona vaccine, and the COMEX gold market has fell against the $1,900 level, against the gold market due to risk preference due to vaccine expectations.

On the other hand, the long-term positive factor for the gold market is that the Federal Reserve will consider expanding its quantitative easing policy at the Federal Open Market Committee (FOMC) meeting in mid-December, and the market consensus is that it will maintain a zero interest rate policy until the end of 2022.

However, the easing expansion has already been factored in, and hedge funds that close at the end of the year are likely to move to adjust their positions to accommodate financial results, so it may be better to take a while to break through the $2,000 level again.