Europe's Move to Seize the Hegemony of Hydrogen Energy 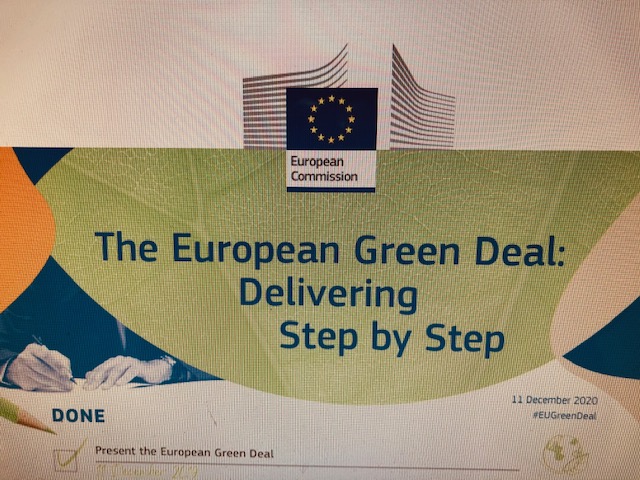 The Hydrogen Strategy, compiled by the European Commission (EC) in early July, announced plans to create a new integration of energy systems and a coalition of companies from hydrogen production to transportation and use in order to reduce greenhouse gas (GHG) emissions in the European Union (EU) to virtually zero by 2050. (Images quoted from the EU's official website)

500 companies are expected to participate by the end of 2020, and 1,000 are expected to join the project in two years. It aims to rebuild an economy damaged by the spread of COVID-19 pandemic and create jobs. The European Commission estimates that the cumulative investment by 50 years will be between €180 billion and €470 billion.

This summer, the European Commission launched the European Clean Hydrogen Alliance, which consists of companies and public institutions. The company aims to achieve the carbon neutral target in Europe by 2050.

In addition, 11 natural gas companies in nine European countries announced plans for hydrogen transportation infrastructure in mid-July. The project will build a hydrogen transport pipeline of 6,800 kilometers by 2030 and 23,000 kilometers by 2040, with an investment of 27 billion to 64 billion Euros. The plan includes energy giants such as Enagas (Spain), Fluxys Belgium and Snam (Italy).

In Europe, German efforts are conspicuous in relation to the movement toward the hydrogen business. Thyssenkrupp and Air Products & Chemicals signed a Strategic Coordinated Agreement (SCA) in early July for their electrolytic green hydrogen business. In the future, Thyssenkrupp will provide process technology for water electrolysis plants, and Air Products will build and operate the plant.

On the other hand, Siemens Energy announced on August that it has agreed to supply green hydrogen production facilities for hydrogen stations to a subsidiary of China Power International Development.

The hydrogen production facility, which supplies to Beijing Green Hydrogen Technology Development, a subsidiary of China Electric Power International Development is planned to be installed in Beijing. The district is where the Winter Olympics will be held in 2022, and aims to increase demand not only during the Olympics, but also after it closes. This is the first time Siemens has been working on a megawatt (MW) grade green hydrogen production facility in China. The facility is scheduled to be handed over in May 2021.

On July 24, BP's fuel retailer Aral announced that it will install 100 ultra-high-speed charging points in Germany. Use 100% green energy-derived power. It will be able to fill hydrogen with a range of about 350 kilometers in about 10 minutes.

The German government will also back it. Germany's Federal Ministry of Economy and Energy announced on August 3 that it has approved a demonstration test project for green hydrogen using renewable energy. It uses hydrogen produced by electricity generated by renewable energy such as offshore wind power generation, and the budget is 89 million Euros. As a first step, three companies, including Orsted in Denmark, will establish a joint venture (JV) and build a green hydrogen plant around the Heide refinery in Germany.

The move in the United Kingdom, which left the European Union, will also be noted. Power transmission and natural gas giant National Grid said in its Future Energy Scenarios energy report on July 27 that the use of hydrogen and the effective use of carbon dioxide (CO2) capture and storage (CCUS) are essential for the UK to reduce greenhouse gas (GHG) emissions to zero by 2050.

National Grid also revealed it will invest £10m in a project to use low-carbon hydrogen for home heating on 5 August. Northern Gas Networks (NGN) and Fluxys Belgium will jointly build the first test facility in the U.K.

BP's long-term energy strategy, released on August 4, will raise its annual investment in the low-carbon energy sector from $500 million to about $5 billion by 2030. In the hydrogen-related business, the company announced that it will increase the number of electric vehicle (EV) charging facilities from 7,500 to 70,000.

As we have seen so far, we can recognize that competition for development for the hydrogen business is accelerating in Europe.