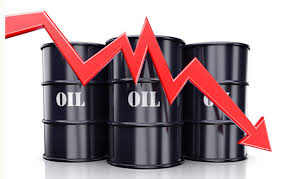 The U.S. energy strategy has changed significantly in the transition from Democratic President Barack Obama's administration to Republican Donald Trump's. The four years of the current fossil fuel-focused Trump administration have denied policies that former President Barack Obama has been working on, such as withdrawing from the Paris Climate Agreement, with a focus on decarbonization. Looking back on the energy policies of both the Obama and Trump administrations, we will look at the U.S. Energy Strategy after the U.S. presidential election to be implemented in November.

During his tenure, President Obama has consistently foregated permits since January 2012 to build Keystone XL, an oil pipeline that will take the U.S. and Canada through the country. However, as a result of the U.S. midterm elections held on November 4, 2014, the tide changed.

At the time, the opposition Republican Party won a crushing victory, and republicans controlled both houses of Congress by the number of seats. With just over two years left in office at this point, President Obama was said to be unable to ignore Republican policies in congressional operations. The ruling Democratic Party of Japan (DPJ) was expected to compromise with Republicans on energy policy, and Mr. Obama was expected to use his presidential authority, the "veto," more and more.

Republican-led changes to energy policy, such as the re-election of Republican leader Mitch McConnell (R-Kentucky) and the appointment of Sen. Lisa McCauskey (R-Alaska) as chairman of the Senate Energy and Natural Resources Committee, are expected to add momentum to the pipeline's efforts.

Despite his poor position, President Obama has maintained his stance so far. On November 6, 2015, it vetoed its decision to increase oil consumption and negatively impact climate change by building oil pipes, including rejecting an application to build Keystone XL.

The Obama Administration Demonstrated Leadership As a Major Power at COP21

President Obama attended the 21st Session of the United Nations Framework Convention on Climate Change (COP21) in Paris at the end of November 2015. The United States has demonstrated its leadership as a major power, actively calling on participating countries to reduce carbon dioxide (CO2) emissions.

In the United States during the Obama administration, which made the shift "from coal to natural gas" clear in the field of power generation, its effectiveness became clear from the figures. Coal production in the U.S. fell 15 percent year-on-year to 739 million st in 2016, according to the Energy Information Administration (EIA). From 2008 to 2016, the rate of decline was 37%.By the way, in 2016, 92% of coal consumption was for power generation.

On November 8, 2016, Republican candidate Trump won the U.S. presidential election, which was voted on across the U.S. against most expectations. In the energy sector, he directly denied the policies the Obama administration had been working on.

In connection with COP21, New President Donald Trump first announced his intention to withdraw from the Paris Agreement agreed by all participating countries to combat global warming (he formally announced his withdrawal in June 2017 after taking office). Mr. Trump further declared a "U.S. Energy Dominance Strategy" to promote crude oil, natural gas and coal production in the United States. He also stressed that he would early revive plans to build the Keystone XL pipeline, which President Obama rejected (Mr. Trump signed an executive order to resume construction work shortly after taking office in January 2017).

The Paris Agreement, which summarizes measures to combat global warming after 2020, entered into force on November 4, 2016. If you notify them of your withdrawal, you will be allowed to do so in three years. In addition, since various procedures take time, the actual withdrawal will be one year later. Mr. Trump cannot withdraw from the Paris Climate Agreement al completely unless he remains in office for a second term. President Obama was also said to have rushed to reach a deal for his term in office in order not to follow Trump's expectations.

By the way, behind the conclusion and entry into force of the Paris Agreement earlier than expected, there was a common recognition by the international community that global warming countermeasures were an urgent issue. In particular, China and the United States, the two largest emitter of greenhouse gas (GHG), were among the first to ratify it, leading the rest of the world. On the other hand, it is also true that the appearance of President Trump has raised concerns that the decarbonization movement will be put under the brakes.

Early in his administration, the Obama administration set out a "Green Economy Strategy" that would increase investment in the environmental sector and create jobs. By showing the difference between former President George W. Bush, who did not ratify the Kyoto Protocol, the media was positively accepted that the United States had begun to seriously address the issue of climate change again.

Renewable energy development was the start of the policy. At the time, President Obama stressed that he would invest $150 billion over the next decade in environmental areas such as renewable energy, smart grids that use IT (information technology) to control transmission, and biofuels. In 2025, the company said it would convert 25% of its electricity supply to renewable energy, hiring 5 million new jobs in the sector.

The policy later set a target to reduce GHG by 17% by 2020, 42% by 2030 and 83% by 2050, respectively, from 2005 levels. However, since the underlying bill complied with the U.S. Clean Energy and Security Act (ACES Act), it was pointed out that "Industrial Promotion" and "Energy Security" were the real aims of the U.S. government from the "environment".

In response, the "Shale Revolution" has become a basis for the Trump administration's emphasis on fossil fuels. Shale development projects have been in full swing in the U.S. since around 2009, during the Obama administration, and shale-derived oil and gas production has increased dramatically. As President Trump often emphasizes, "Energy Independence" has become a reality, and oil production trends in the United States have also had an impact on Middle East energy strategies and the international crude oil market.

On January 10, 2018, the Energy Information Administration (EIA) revealed that its 17-year power generation facility, newly connected to the U.S. power grid, had a capacity of 25 gigawatts (GW). Renewable energy such as solar and wind power accounted for the majority. In March 2017, renewable energy generated 67.5 billion kilowatt hours (kWh), equivalent to 21% of total power generation, a record high, and the presence of renewable energy in the United States increased.

While the Trump administration has set out policies that place a heavy lifting on fossil fuels and promoted deregulation, major oil companies and others have steered to increase investment in renewable energy. In addition, state governments such as California and New York are focusing on clean energy policies, and in the United States, the federal government, which emphasizes fossil fuel policy, and companies and local governments are simultaneously developing and promoting renewable energy. The United States is also a nation where "Fossil Fuel Powers" and "Renewable Energy Powers" coexist.

The more Trump stressed the need for fossil fuels, the more cynically the American people were made aware of the issue of climate change and the shift to decarbonization. We Are Still In, a partnership between U.S. citizens and the U.S. economy that aims to return to the Paris Agreement, is symbolic.

Need an Energy Security Perspective, Not A Change From Fossil Fuels to Decarbonization

With the U.S. presidential election coming up on November 3 in 2020, former Vice President Joe Biden, who is certain to win the Democratic nomination in various polls, is on the front page. If Mr. Trump is re-elected, he is expected to continue his energy strategy so far, but what policy shifts will come if Mr. Biden wins?

Mr Biden has announced that he will return his plans to build the Keystone XL oil pipeline to a blank sheet. It is also expected to promptly declare a return to the Paris Agreement.

As for the specific energy strategy, on July 14, Biden announced its Clean Energy Investment Plan and announced the promotion of renewable energy. The plan is to direct a huge $2 trillion in energy conservation and infrastructure investment to realize a clean energy economy, with the aim of increasing wind power generation and electric vehicle (EV) manufacturing and boosting job creation.

In addition, in order to realize an electric power industry that does not emit CO2 by 2035, the company announced that it will continue to use nuclear power, while also focusing on the recovery, reuse, and storage (CCUS) of renewable energy such as wind and solar power, hydrogen, and CO2.

Despite Biden's dominance in the polls, the gap is within a margin of error of about 7 to 8 points. Naturally, the Trump campaign is expected to rewind. As in the last Presidential election in 2016, there is also an analysis that there are many "Hidden Trump Supporters" this time around, so it is too early to judge the trend of the campaign at this time.

If the change of government is realized, the "U.S. Energy Dominance Strategy" that President Trump has been promoting so far will have to be reversed. The reorganization and selection of the energy industry, especially coal companies, may accelerate.

Whether Republican or Democratic parties take power, the U.S. grip on energy hegemony is a major prerequisite when considering energy strategies.

Currently working as Managing editor of the news site MIRUPLUS.